Though Research is Promising, Some Would Not Treat Down Syndrome

According to new research, scientists have been able to alleviate cognitive problems in mice that were genetically engineered to exhibit symptoms similar to Down syndrome. Scientists administered a drug that boosts a chemical messenger in the brain. But a new survey shows that nearly 60% of parents say they might choose not to treat their children who have Down syndrome even if there was a cure for the disorder, a Canadian survey showed.

Link to LA Times blog Booster Shots article "Is a wonder pill necessarily wonderful for people with down syndrome?": http://latimesblogs.latimes.com/booster_shots/2009/11/down-syndrome-treatment.html

Link to MIT Technology Review article "Potential Treatment for Down Syndrome": http://www.technologyreview.com/biomedicine/23979/?a=f
Posted by Parent to Parent of Washington State at 8:21 AM 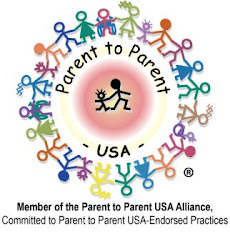 Parent to Parent of Washington State